Tom Lamestain is back in the hizzouse! Before we get to more Wipers’ covers, we would like to say that we aren’t the only peeps back in action after a long hiatus. Yes friends, the rumors are true, and the legendary Regal Select record label has returned from the dead. As far as we know they are set to release a Leaders 7” (whom we know nothing about) and - most exciting to us - the Puget Power Vol. 5 compilation 7”. We previously posted the first three Puget Power compilations, but we lost most of our download files when Mediamax went tits up, but luckily for you, you can still get the songs over at the very fine Head Veins blog. Volume 5, our little birdie has told us, will contain exclusive and most likely awesome tracks by Spits-side project, Spider, Love Tan (formerly the Pyramids – buy their great single on Sweet Rot records here), the Intelligence (ex-HRDR!), and AFCGT (A-Frames Climax Golden Twins), who coincidentally enough, also have a forthcoming 10” on our very own Dirty Knobby Records. Regal Select doesn’t have any web presence that we can find, but we suggest checking Goner Records for availability in the next few weeks or so.

And now, back to the Wipers covers!

Mono Men – Besides being the best rock band to ever come out of Bellingham, the Mono Men were also Kings of the Cover songs (ahem – runners-up to KILLDOZER!). Pick up any Mono Men record and chances are there is at least one bad ass cover song on it. A short list of covered bands would include El Vez’s original punk band the Zeros, The (Dutch) Outsiders, Radio Birdman, Dead Moon, the Sonics, Nomads, Link Wray, and of course, the Wipers. For my money they did the best cover of “Over the Edge,” which was on the Estrus records Bent Pages compilation LP. There is also a live version of “Over the Edge” on the Lucky records, Live in Europe 7”

Nirvana might have done a slightly better version of “Return of the Rat” on the T/K tribute compilation, but the Mono Men were a close second on the Scat records’ 10 Big Ones LP. We are big Mono Men fans over here, so expect more Lamestain coverage sometime in the future.

Melvins – You can find ‘Youth of America’ on the out of print, Electroretard CD, which was released by the now defunct Man’s Ruin label. Melvins also cover the Cows and redo some of their own classics on the record, though I think the Wipers song is the best cover they have ever recorded. If you saw them close out the Velvet Elvis in Pioneer Square, you might remember them tearing this song apart.

A few years ago, we also saw Mission of Burma close out their Neumo’s show with ‘Youth of America,’ and, as luck would have it, a studio version also exists. You can find it on itunes, and while you are in the mood, go to your local shop and buy all of the Mission of Burma records on Matador right now.

Portland’s Jackpot Records also did amazing vinyl reissues of Is this Real and Youth of America, and there is really no reason why you don’t own multiple copies of them.

Sorry for the lack of recent updates!

Our lives have been ridiculously busy lately. Here's the number one reason why: 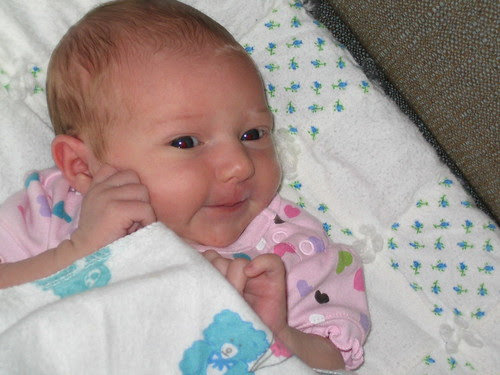