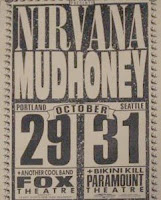 In my office, we can access our co-workers’ iTunes folders through the network. Every now and then, I peruse some of these folders to see what’s new. Much to my surprise, a coworker named Brendan, who I hadn’t met before, had some Nirvana bootlegs, including a 1991 show at the Paramount Theater in . My eyes practically popped out of their sockets. Goddamn! I attended that show!!! Brendan was kind enough to let me copy the sound files.

Here’s what I remember from that show. When tickets went on sale, Nirvana had already started ascending in popularity--clearly, since the seats a few thousand people. I went with a few friends--Gray, Carolyn, and I think Joe. Bikini Kill and Mudhoney opened. We missed every note of Bikini Kill’s twenty-minute set, because hundreds of people still packed the ’s small lobby, preventing us from reaching our seats, which were well in the upper tier of the venue. Mudhoney played a fine if somewhat subdued set, most of which consisted of tracks from Every Good Boy Deserves Fudge. A couple of people filmed the Nirvana show, and bits subsequently popped up in the video for “Lithium” and elsewhere. I’ve remembered some of these and other details--the mundane details--over the 15+ years since that show.

But some of the specific details came flooding back to me when I started listening to this bootleg, and I soon remembered the show as if it had happened a week ago. I think this is the exact feeling that middle-aged people like me crave when we listen to a live record: that shudder of youth that winds through you, that chance to be reminded not just of the concert but of the conflicting desires and nervous energy that drove you. It’s strange, because I’ve heard other live tracks from shows I attended, but none of them really *worked* in the way that this show did. And it started working as soon as I heard Cobain’s explanation of the Vaselines cover in the opening seconds, which I remembered distinctly as soon as I was reminded of it. But I also remembered what it was like to be 17 or 18 years old, being swept up in something that made me feel undeniably cool, even if it was only by association.

While researching this particular post, I realized that this bootleg has been very well circulated, so it’s not quite the awesome rarity that is, I dunno, 64 Spiders’ lone single. The recent Sub Pop birthday bash put me in kind of a reflective mood, though, so I felt like procuring this boot and passing it on. If you don’t already have it, I highly recommend giving it a listen: as a document of Nirvana’s live show, it’s a vastly better than the official live record. It’s worth it for the takes on “Breed,” “Been a Son,” and “Negative Creep” alone.

The show occurred on Halloween night, 1991. Nevermind had attained gold record status only a few days before the show. 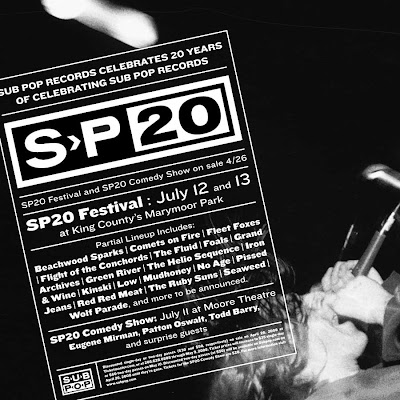 It goes without saying that a lamestain representative will be attending the most awesome event in the history of mankind (i.e., the Green River reunion). Look for Tom out there: he'll be the guy with long hair, a flannel shirt, torn jeans, and a leather jacket, throwing beer cans at Iron & Wine.

As for me? Lucky me, I'll be stuck in Chicago, doing marketing and investments homework. In honor of the event, I will be extra angst-y as I calculate CAPM models.

Dan at 10 Things has photos of last night's surprise Green River show at the Sunset.

Tom wrote a Grunge 101 piece in The Seattle Weekly that's worth a read, although you already own all of these records, of course. The Weekly also has other features about the big bash.

Pitchfork has devoted the entire week to Sub Pop-related features, some of which are really quite good. I take issue with their list of 20 essential releases, however, because it doesn't include Salt Lick. How do you accidentally omit Salt Lick?

Have fun at this thing, and take lots of photos.

P.S. MediaMax, our old host for mp3s, went tits up a couple of weeks ago, so you'll find that you can't link to those mp3s anymore. We'll still use zip files and box.net and, I hope, not have that problem any more.

Engine Kid: What Life Was Like Before Sunn O)))

If you ever wondered what Greg Anderson did between stints with False Liberty, Inner Strength, Brotherhood, Amenity, Statement, Galleons Lap and Thorr’s Hammer, Goatsnake, Teeth of Lions Rule the Divine, Sunn O))), Burial Chamber Trio, Ascend, and Pentemple, the answer would be Engine Kid. Like Louisville’s Rodan, Engine Kid were dogged with the "sounds like Slint" tag, and while it might be true for their early releases, the band moved beyond the quiet/loud dynamics toward the end of their career. By the time the band had signed to New York hardcore label Revelation, Engine Kid flirted more with metal and experimental music than just post-rock.

Bands like Engine Kid could also be seen as a sort of rejection against the grunge scene. While the grunge acts in the early 90’s either tried their luck with major labels or broke up, a crop of younger bands formed that had nothing to do with greasy hair, thrift store flannel shirts, or 70s arena rock riffs. A lot of the younger bands came from the straight-edge scene, which, of course, was pretty much the polar opposite of the grunge scene.

Their first single came out in 1992 on Greg’s own Battery Records and, uh, kinda sounds like Slint. Recorded by Stuart Hallerman, the band featured Greg on vocals and guitar, Art Behrman on bass, and Chris Vanderbrooke on drums. Their cover of “The Needle and the Damage Done” was also released on the Excursion Records compilation tape This is My World, which featured Greg’s other bands, Galleon’s Lap and Brotherhood (both bands also featured future Sunny Day Real Estate/Foo Fighter Nate Mendel). The tape also had songs by straight-edge acts like Undertow, Resolution, and Strain; pop acts like Olympia’s Lync and 10:07; and a ton of Bellingham bands, such as Grien Cow, Fat, and Outside.

“Thigh with a Desolate Thorn” came out on the 1994 C/Z records, Three on a Tree 7” compilation. Lamestain alumni Vexed and Die Kreuzen spin-off band Wreck also contributed songs. (The record was second in a compilation series; the first record was Four on the Floor with Treepeople, Gnome, Dirt Fisherman, and Alcohol Funnycar, and I don’t think the third part of the series was ever released.)

Chris eventually left the band was replaced by drummer Jade Devitt and by 1995, Engine Kid was starting to sound pretty damn evil. They released their last single on New Jersey’s still-going-strong Troubleman Unlimited Records (2000 were pressed). “Heater Sweats Nails” has a Melvins-worthy riff, while “Husk” is a minor-key instrumental, post-rock jam. After this record, it was no big shock that Greg’s next few bands would lean even more towards the metal-side of things. 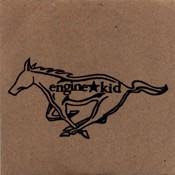 
Thigh with a Desolate Thorn 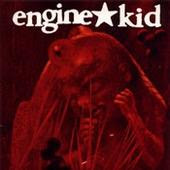